Last September, news and media outlets worldwide reported the professional video gamer Tyler “Ninja” Blevins return to the Amazon-owned, streaming platform Twitch. While details of the multi-year contract between Amazon and Mr. Blevins have not been disclosed, it is likely that the Ninja will be paid tens of millions of dollars as a premiere streamer/content-creator/influencer for the site.[1] Given the plethora of so-called “video game streamers” on the web, one might ask, and reasonably so, what is it about Mr. Blevins’ content that makes it worth so much?

The obvious answer is the extreme popularity of his streams. As of this writing, Mr. Blevins enjoys over 15 million followers on Twitch and more than 21 million subscribers on YouTube. And yet, this seems an inadequate explanation when one considers that the Ninja’s live and recorded streams represent only a tiny fraction of the total content that is shared online worldwide. Clearly, then, there is something else, something unique to Mr. Blevins ‘creations’ that support the enormous sums companies are willing to pay for exclusive rights to their distribution.

To get at the root of what makes the Ninja’s streams so economically valuable, it is necessary to first consider what it means to be a streamer/content-creator. Taken individually, one can say that a “streamer” is someone who uploads or “live streams” content online. Thus, “content-creation” is a precursor to the function of the streamer. In the case of Mr. Blevins, his content is directly tied to his video game play. For this reason, most assume that the content he creates ARE the videos and live-streams he produces and shares. And yet, because these are based on his gameplay and not, necessarily, his talents as a video producer, the true content must be something other than the streams themselves. In other words, the value of the Ninja’s content is not tethered to the production quality of the stream.[2] What then are his creations if not the streams themselves?

The simple answer is his gameplay (see video below). And yet, in saying this we risk marginalizing the value that content represents. Once again, I refer to the thousands of hours of video game play that is uploaded or live-streamed daily compared to the dozens of hours the Ninja might produce in a month. The primary difference between the two is in the creativity embodied in the content itself, and the successful outcome it affords.

When viewed as a software application, video games can be defined as an aggregate of coded commands and functions that compose an environment in which certain actions and activities are made possible and others are not. Hence, this assemblage of coding defines the gameplay potential for every player of a particular game. Thus, in playing a video game, the player creates new sequences of code by manipulating the pre-existing functions of the software. In this way, gameplay is made synonymous with programming. It is here that the true value of Mr. Blevins work, as videogame player/programmer, is established.

Some, of course, will argue against this comparison by pointing to the seemingly obvious differences between the work of a programmer and the activities of a videogame player. And yet, when viewed from the perspective of the outcomes produced, these differences soon disappear as merely superficial distinctions directly tied to the user interface. This point is reaffirmed when one considers certain programming interfaces developed to teach software programming to children and teenagers. Oftentimes, these environments use video game play as a programming methodology. In other words, children learn to program by playing video games.[3]

But what do I mean by “outcomes produced”? If there is one outcome, in particular, that reigns above all others in the programming space, it is the goal to produce code that successfully executes as intended, without bugs. The same thing can be said with regards to the Ninja’s goals when he plays a game like Fortnite. In constructing his code, ie. developing his gameplay, his goal is to produce sequences that consistently achieve his primary goal ‘to win’. Instances in which he is unsuccessful can therefore be viewed as “bugs” in his programming, or errors that inhibit successful execution of the rest of his coded efforts.

The reason, therefore, why the Ninja’s work is so highly valued is due, primarily, to his ability to consistently produce original and bug-free code that is highly successful at fulfilling its primary purpose, “to win”. Another important contribution to his valuation is the reproducibility of the code sequences he creates.

In other words, while those who follow Mr. Blevins may be impressed by his ascetic choices in grooming and clothing styles, their loyalty is far more dependent on his ability to provide them with sequences of code that they can recreate in their personal gameplay in the hope of achieving the same successful outcomes. This suggests that if at any time the Ninja’s code suddenly loses its reputation for reliability and success, his valuation will likely decrease. The same can be said of any software programmer whose products become known as overly “buggy”, eventually her or his value will decrease.

From this consideration of the Ninja’s role as streamer/content-creator, it is clear that it is not the streams or video uploads distributed by Twitch and YouTube that compose the true content for which the Ninja receives such large sums of money, but rather, the code he creates through his gameplay. Once again, some might argue (Mr. Blevins in particular), that his role as an influencer is also a significant contributor to his high evaluation. While there is no doubt there is some value in the manner in which his streams are produced and presented,[4] the fact remains that it is his work as a coder that is the primary basis of his overall value, and which enables his other, subsidiary functions as a streamer/content-creator/influencer. 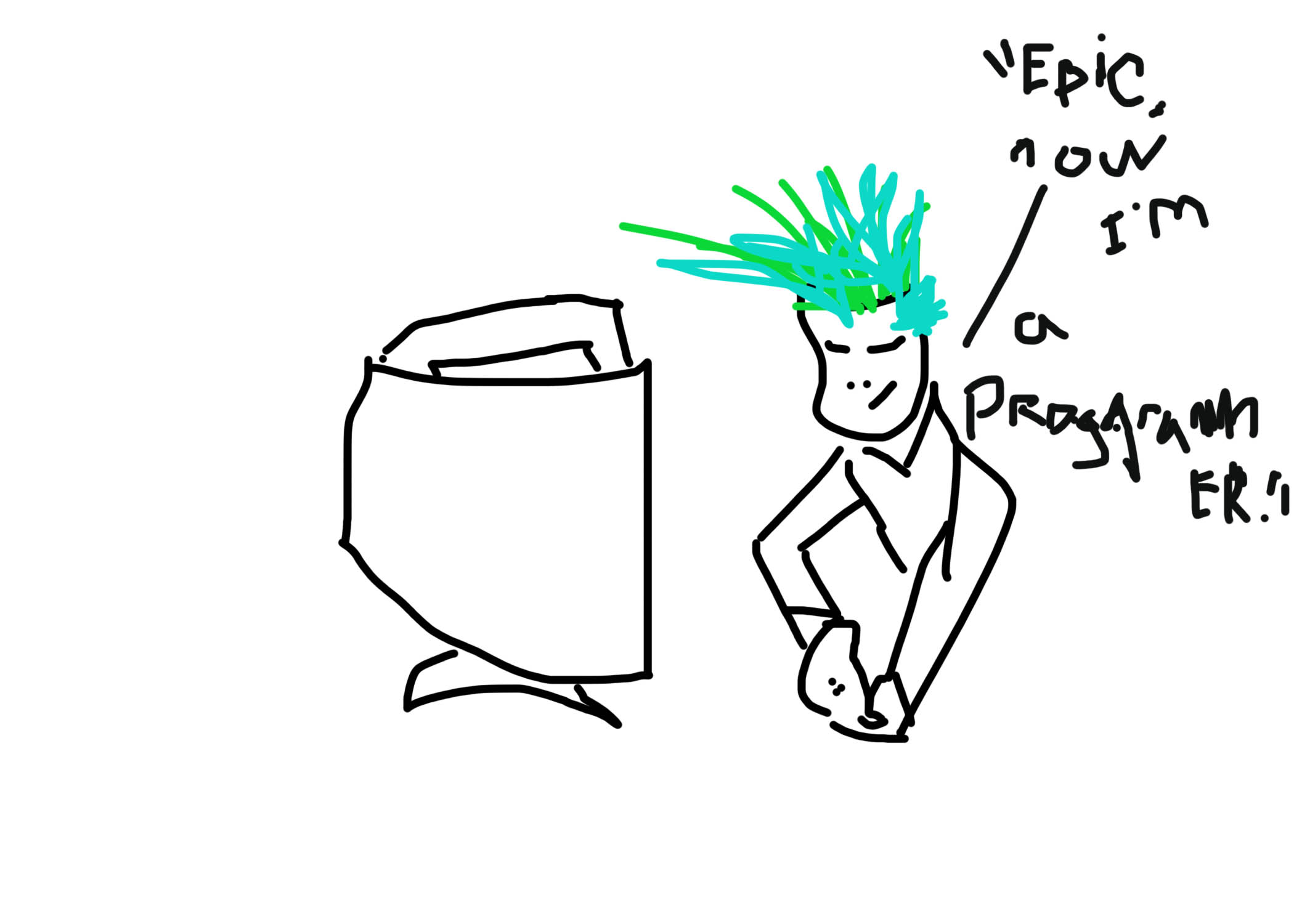 One interesting question that results from this interpretation of the Ninja as programmer is whether or not the software industry will one day take full advantage of this analogy and develop professional programming environments that use a video game interface to produce code instead of the traditional text based, “editor/compiler/assembler/linker/loader” model.[5]

[1] A similar agreement signed by Mr. Blevins and the now defunct Mixer site in 2019 was valued between $20 and $30 million dollars. See the Verge online article “Fortnite Star Ninja’s Mixer Contract Reportedly Worth $20M to $30M”

[2] In saying this, it would be naïve not to recognize the impact that the quality of production has on content value. However, in the case of Mr. Blevins, such is not the determining factor as it would be for creators whose sole function is the production of video streams.

[3] Examples of this can be found in a number of programming environments made for children such as those provided via the website CODE.org.

[4] For instance, having famous entertainment stars show up in his streams as co-players certainly would increase the value of his brand.