Soon Jeremy was devising ways in which his brother’s idea of, “central inspection,” a term used to describe the physical arrangement of workers in relation to their supervisor, could be applied to the problem of prisoner management and housing.

In a series of ‘Letters’ he wrote in 1786, “in answer to a competition being held by the St. James Chronicle to design a new prison for Middlesex,” Jeremy began to outline an architectural model, based on his brother’s “Inspection House,” which would not only solve the immediate issue of prison overcrowding, but could be used wherever there was a need to manage large populations of individuals efficiently, he called it, “Panopticon” (see Figure 15).

In his book, Bentham: A Guide for the Perplexed, one of the world’s foremost experts on Bentham’s writings and Panopticon, Dr. Philip Schofield, describes Jeremy’s seminal design as follows (see Figures 16):

Thus, the effectiveness of Panopticon relied primarily on a mode of discipline, which, by its dual nature of omnipresence and absence, would induce a powerful method of self-regulation within the subject of its ever-watchful eye. The long-term effect of this regime of self-discipline would, in Bentham’s view, eventually “obviate” the need for prisons altogether as the behavior of its inmates adjusted to, and adopted, their new behavioral paradigm.

According to Schofield, “Bentham…regarded his panopticon…as humane, and an enormous improvement on the practices of the criminal justice system at the time,” (see Figure 17). And it was. Besides providing room and board, which consisted of the most economical provisions available, prisoner’s safety was a priority as his ‘labour’ would and should result in a literal and figurative profit, for both captive and captor.

Panopticon must therefore be, “safe custody, confinement, solitude, forced labour and education. The beauty of the panoptic architecture lay in the fact that it could achieve them all,” or so Bentham believed.

Economy was the “key” to Panopticon’s success as a concept and reality. If overhead costs, primarily the maintenance of so many prisoners, could be kept in check through miserly control of purchasing, providing spare but not unhealthy conditions sufficient to sustain a prisoner, so that he could learn a trade, work, and earn a profit (both mind and body), eventually his reformation would lead to his return to society as a law-abiding contributor to its good. 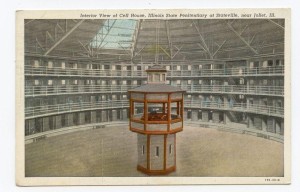 Figure 18 One of the only Panoptic prisons ever built in the United States. The Statesville Penitentiary in Illinois, ca. 1925.

Hence, prisoners were made the ‘wards’ of the warden in the strictest sense (see Figure 18). If a prisoner died of unnatural causes, it meant a ‘financial’ loss to him, and was a black mark on his record as “the governor.” Frequent reviews of “the governor” and his subordinates could lead to their replacement if there was evidence of excessive negligence and prisoner “abuse”.

Thus, in addition to being a revolutionary architectural design for prisons, Panopticon suggested social benefits that went well beyond the confines of the prison walls, extending deep within free-society as well:

Morals reformed—health preserved—industry invigorated—instruction diffused—public burthens lightened—Economy seated, as it were, upon a rock—the gordian knot of the Poor Laws not cut, but united—all by a simple idea in Architecture! … A new mode of obtaining power of mind: and that, to a degree equally without example, secured by whoever chooses to have it so, against abuse. – Jeremy Bentham, Panopticon or the Inspection House, 1791.

As Bentham here indicates, the principle of self-discipline realized in Panopticon could be the solution to many other problems afflicting English society at the end of the century, for example: the rising numbers of poor and indigent (see Figure 19).

Bad Behavior has blocked 92 access attempts in the last 7 days.