Editor’s Note: This treatise is in no way intended as an attack on the gaming industry, community, or culture. BOOM Salad is both honored and privileged to consider itself a card-carrying member of all three. However critical or controversial the conclusions of this paper, as revealed in Part II, they are motivated by three goals: 1) To dispel the myth that these games are simply ‘childish diversions’; 2) Admit publicly that the rating system is toothless and therefore, of little or no consequence. And finally, 3) As willing participants and a mature community, gamers have a responsibility to protect future gamers: our little sisters and brothers, daughters and sons, grandchildren, etc. from harm in the ever-evolving phenomena we call “gaming”. That these risks to young players exist is well-documented. That we can do something about it, is not. This essay is an effort to begin that process responsibly and respectfully to all involved. In the end, it is our sincere hope that you may enjoy it. -BOOM. 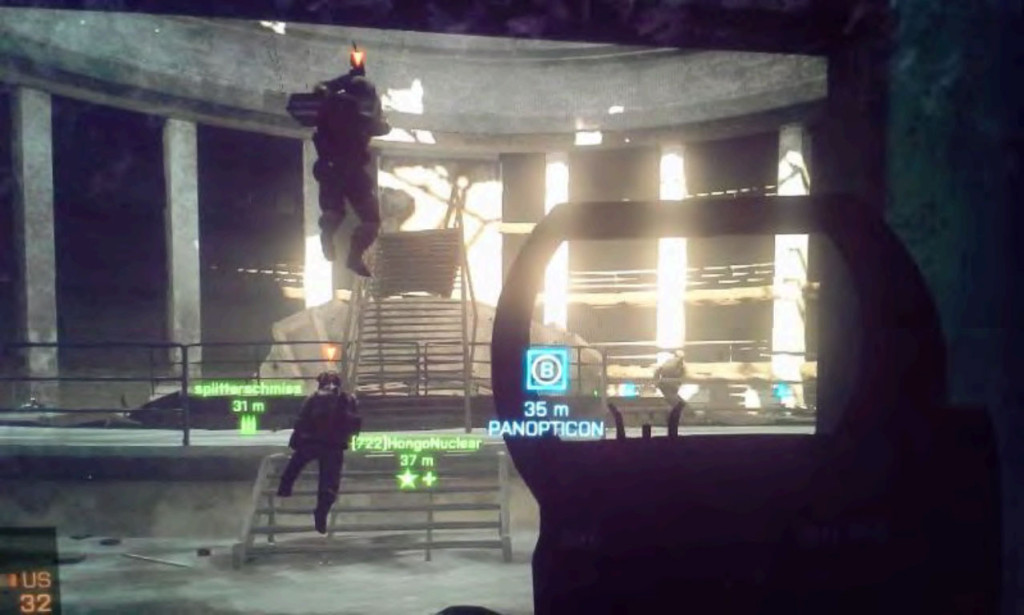 Figure 1 Battlefield 4: Operation Locker: Enemies raining down on me in a bombed-out Panopticon.

“…at the periphery, an annular building; at the centre, a tower; this tower is pierced with wide windows that open onto the inner side of the ring; the peripheric building is divided into cells, each of which extends the whole width of the building; they have two windows, one on the inside, corresponding to windows of the tower; the other, on the outside, allows the light to cross the cell from one end to the other. All that is needed then, is to place a supervisor in a central tower and to shut up in each cell a madman, a patient, a condemned man, a worker or a schoolboy… They are like so many cages, so many small theatres, in which each actor is alone, perfectly individualized and constantly visible.” – Michel Foucault describing Jeremy Bentham’s Panopticon prison design, Discipline and Punish, 1975.

Video games have been a part of my life since my childhood days growing up in Silicon Valley during the mid to late-seventies. I can still remember playing the first video game console, PC, and arcade games that would become the genesis of the video game revolution of the late-20th century.

But at a certain point, just like my Wolverine comics, “blue” my baby blanket, and my horde of football, baseball, and basketball cards, I gave it up for something better: girls. Afterwards, I played video games only sparingly and mostly solitaire and chess. Thus, the feeling of play never matched the fond memories I have of a youth misspent in the darkened, cavern-like, mall arcade circa 1982 (see Figure 2). 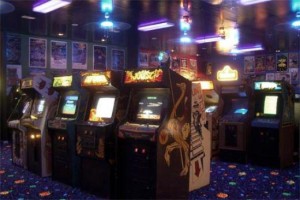 Then, at the age of 39, I returned to college fulltime and my former love of video games soon returned as well. It was while living in the graduate housing at Cal-State Monterey Bay that my roommate, a brilliant 20-something composer and musician from La Jolla, California began teaching me the fundamentals of the Sony video game console known as the, “Playstation 3 (PS3)”. 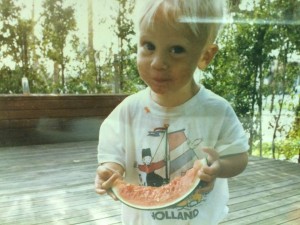 He had grown-up a member of the gaming community, and owned numerous gaming systems throughout his childhood (see Figure 3): Nintendo (by far the most popular console amongst my fellow students, with Microsoft’s X-Box a distant second), Sega, and, of course, the Playstation or X-Box. He was an avid gamer when I met him and continues to be so.

Now, nearly 5 years later, (mostly due to my former roommate’s patient tutelage) I am once again a “gamer”. My favorite console is the Sony Playstation 3, and my favorite franchise and type of game, is the Multiplayer Online Battle Arena (MOBA), Persistent State (PS), First-Person Shooter (FPS), known as Battlefield; and in particular, Battlefield 4 (see Figure 4). 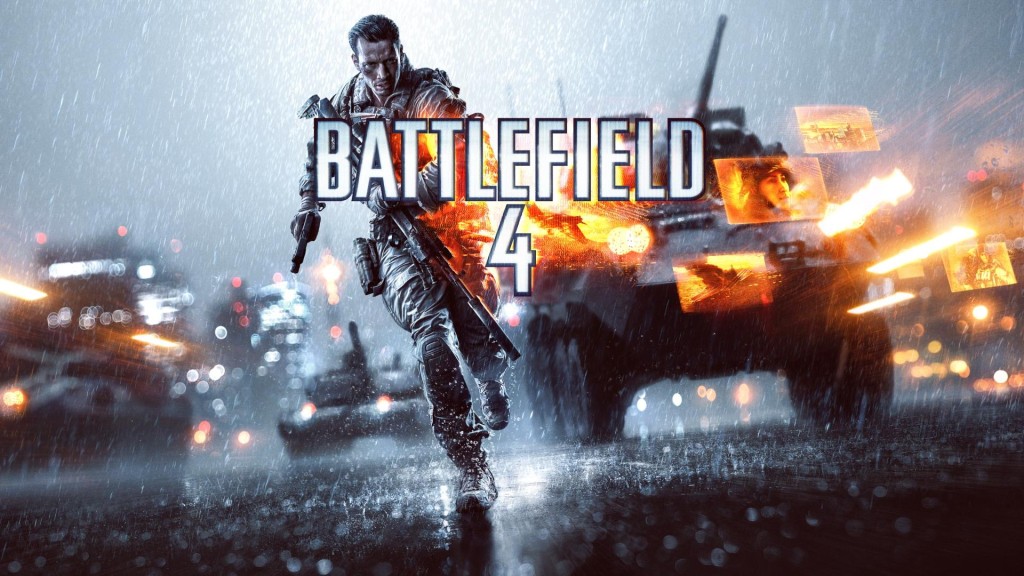 Figure 4 “…a plague on the hearts and minds of men.”

Battlefield 4 for the uninitiated is a monster, a plague on the hearts and minds of men. I have spent over 900 hours playing the game since I downloaded it in February of last year. That number puts me at the upper echelons of the game’s “Divisions” in “Score” and “Time Played”. These are merit-based recognitions of extraordinary achievement that are broadcast on a Battlefield exclusive website known as Battlelog (see Figure 5). 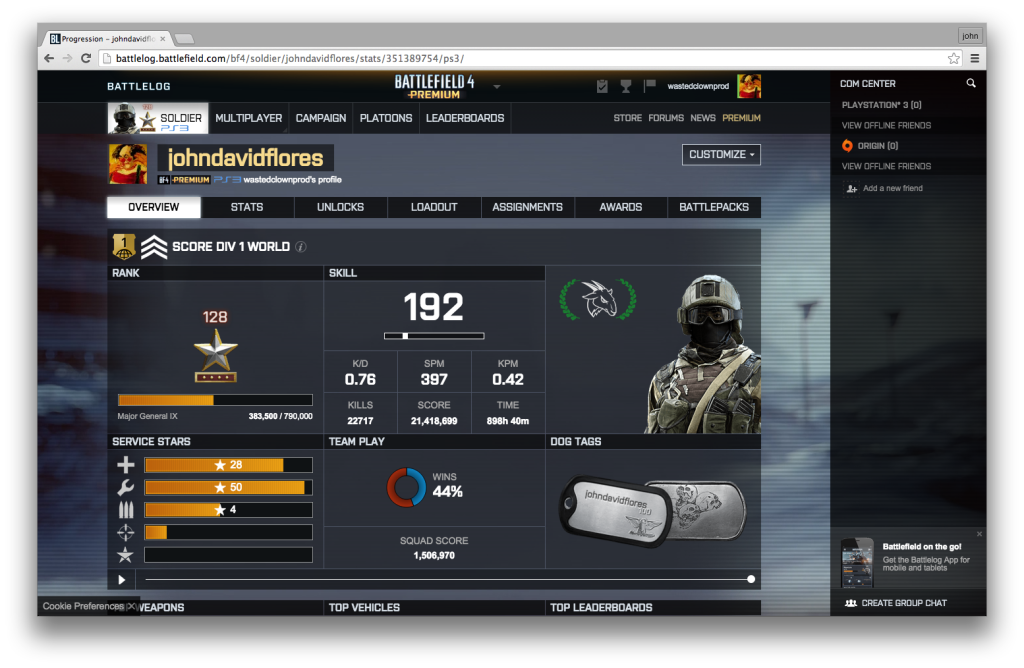 Figure 5 “Battlelog” provides detailed statistics on a player’s daily and aggregate performance and compares these with the global community of active players. It also publicly recognizes exceptional, individual and “squad” achievement.

In addition to “Time Played” and “Score”, there are also “Divisions” for things like “Kill/Death Ratio” (more kills than deaths the better), “Accuracy” (applies to the accuracy of a player’s weapon use), and “Skill” (a somewhat ambiguous term that attempts to quantify a player’s efficiency and effectiveness as measured by others in the same class or so-called “loadout” identification; see Figure 6).

Even more generically, “Skill” can be equated to a worker’s real-time, performance review. It measures the overall effectiveness of the player’s participation-play-work during battle, and rewards those who are the most effective by classifying them according to merit-based “divisions”. “Division 1” is the highest. I am in “Division 1” for “Score” and “Time Played” (as we will see later on, these “rewards” and “recognitions” are critical to the game’s success and a major part of its disciplinary scheme).

Let me be clear, I am not suggesting I have done anything necessarily ‘extraordinary’ to earn my Division 1 rankings, in fact, the real gamers, in my opinion, make my 37 days look like a walk in the park. 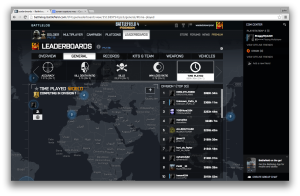 Besides the numerous incentives, the primary reason people play is the thrill of the ride. Battlefield 4 is massive and fast, really fast. You cannot simply run from harm. Eventually, the enemy will catch and kill you. This is due to the fact that you are not playing against so-called “bots”, software-based-controlled antagonists. You are playing against other people who won’t stop chasing you until one of you is dead (see Figure 8).

Why play such a game? Madness. The game is nothing less than an asylum for lunatics and Panopticon is the means by which the inmates are kept in line (see Figure 9).

To answer that question, we need go back to the late-Eighteenth century, to Imperial Russia, and to the origin of Jeremy Bentham’s architectural design, the Panopticon. 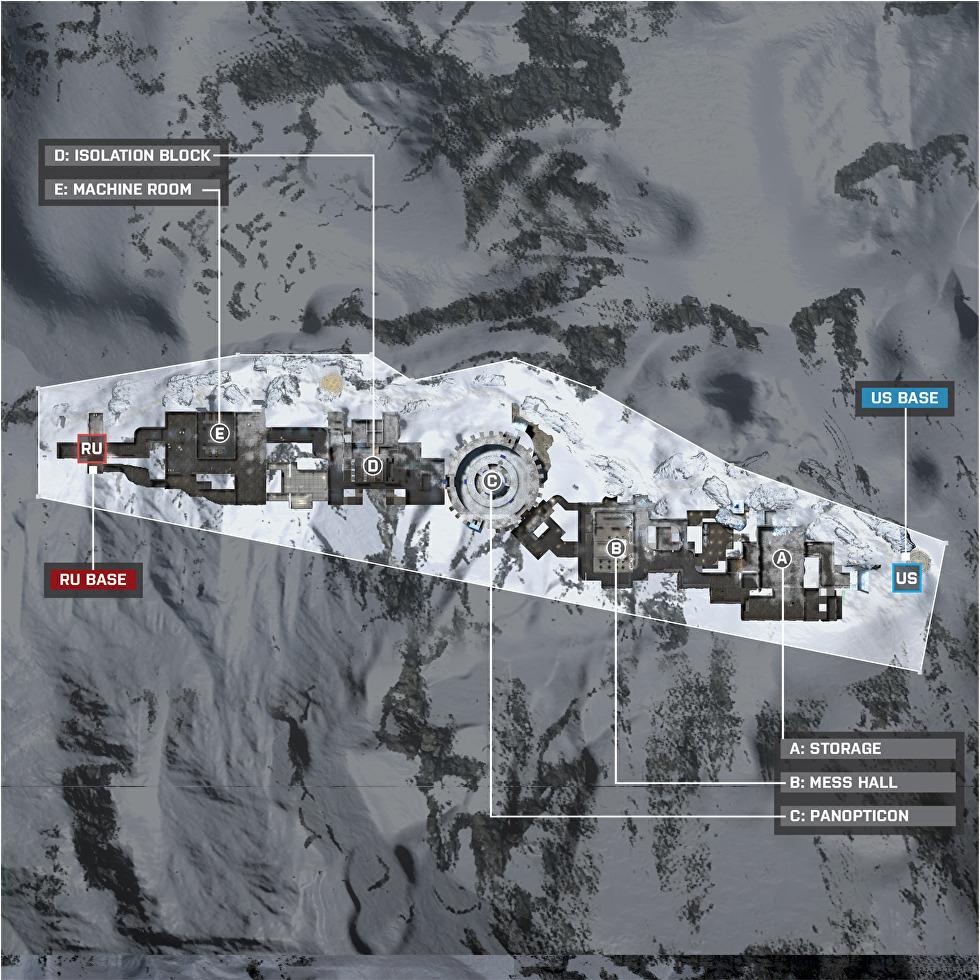 Figure 9 Batllefield 4: Operation Locker: the Panopticon is in the middle of the map.

Bad Behavior has blocked 173 access attempts in the last 7 days.